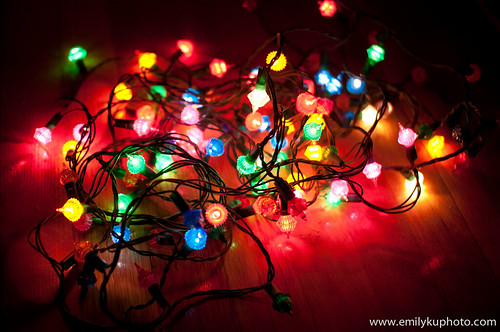 I often ponder the dilemma, plotter or pantser. It’s a conundrum for writers. Do we plot out meticulously the comings and goings, doings and don’ts of our characters, or do we take the bull by the stirrups and give our imagination dwelling squatters free reign to tell their stories on their own.

I’ve tried both methods, from plotting down to the smallest pebble in the hero’s shoe, to sitting down at the computer and saying “alrighty then, let’s see what you have in store today.” There are pro’s and con’s to both methods of creative writing. For me, I tend to be more of a pantter. A little bit of by the seat of your pants, a little bit of plotting and  a whole lot of holding on for grim death waiting to see where the next bomb will go off.

When I was a child we had a Christmas Tree. One of those fantastic, probably toxic, 1970’s jobs with realistic plastic leaves and a sturdy base. I remember the year it finally died and my parents decided to buy a real pine tree. The new kitten we got that year used the pot as a toilet. That was the end of the Cullen family’s environmentalist Christmas’. The pine tree ended up being planted in the yard, near the pool area and spent the better part of 15 years dropping pine needles in the pool before it got blown over in a bad storm and took out the back fence.

One thing I will always remember though is the Christmas lights. No matter how carefully they were put away, the following year they would come out in a tight ball of knotted wonder that reinforced my belief that Gremlins were real.  We had christmas lights made of glass and shaped like stars. The sole of my foot still carries the scar of an overly excited child trying to be helpful and ending up squealing as blood poured.

Whenever I sit down to write, I’m reminded of that tangled pile of glass and plastic. I’m also reminded that every year at least one bulb would decided it wanted a holiday and refused to work. Plotting for me is like that. I tend to write fast. I don’t know why. I just do. I sit, I zone out, I type. When I decide my butt’s gone numb or I want a coffee, I have rows and rows of neatly typed words. Lots of ones with little red squiggles under them, but still. Plotting, actually writing a novel, or just a shopping list, I do it fast.

Late this year I did a 5 week novel workshopping course at the Australian Writers’ Centre. At the end of it, I signed up for the 6 month Novel Writing Workshop starting in February. My novel, Darkened North, was plotted. Tightly plotted. I knew exactly what was going on, when it was going to happen, to whom it was going to happen. Not just book one of this fantasy series, but for all three novels in the trilogy. To be honest, I’d spent about 15 hours of a weeks commute typing it up on the iPad on the train.

During the course we workshopped sections. One night, during a discussion the instructor asked why I had the hero’s mother dead. I said “because she is.” After a discussion on the trope of the orphaned, or unwanted hero it was suggested that I find the mother, and make her a part of the storyline. I put up a valiantly feeble argument – but I don’t wanna didn’t really work – and went home to do as I was told.

My Queen appeared fairly easily. Much more easily than I had expected, and suddenly I had a character I really liked. She was a Queen, but hardly a wall flower. She was facing down rebellions in her realm, away from home, riding to war or sailing to war as it turned out. She was salty, down to earth, blunt and wore trousers. I tried to get her to wear pantaloons, but she didn’t like them.

A Queen who was pragmatic, understood the ways of power, politics and giving the drunken Lords something to focus on while her heir grew into adulthood.

I submitted the chapter in which she sailed into my world as the next workshopping piece and was quickly informed I was not allowed to kill her off. That was a problem. I had no idea what to do with her, and then as if by sheer wonder and/or boredom on behalf of my muse, the question appeared “What if?”

I made the mistake of considering my Queen living beyond the first book, and what I got was a flash of insight, that set fire to my carefully planned plot. Not just book one, but subsequently all 3 outlines burst into flames and I was left pantsing a 3 book fantasy trilogy.

It wasn’t just my Queen’s fault. I’d had suggestions the plots would end up burning. One was when I was told I needed to find a way to make my twins more likeable as frankly they were both turds. Giving the Princess a heart was going to be particularly hard, but a random character who walked into the opening chapter gave me an avenue there. How I was going to save the Prince was something that came to me on the train. Another random character, a guard for his Queen, a man missing his brother and the family he’d left behind.

So I’ve come to the decision that either my muse has A.D.H.D or she likes to fuck with me by giving me a roadmap and then taking me off in the opposite direction, just for shits and giggles.

I have to say though the storyline now is better, much tighter and has more heart, and it all came sailing into the bay with the Queen of the Seas. I hold to the scraps of my beautifully crafted plot, but I doubt much of it will be used. After all, by the creation of a warring faction of Lords, I’ve given my rouge God someone else to go and play with, which leaves my Princess to a whole different reality.

I had a dream last night that the series was sold and turned into a tv show. That would be cool. But first, I have to write it. Plot or not.