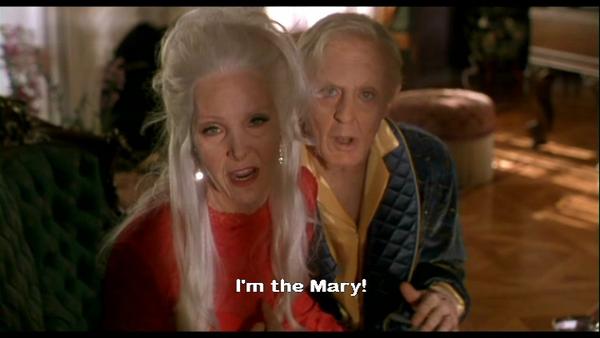 While I’ve been enjoying life as an unemployed hobo I’ve been catching up on “things”. The type of “things” you never have time for as you run in endless circles while being a good corporate hamster. One of the things I’ve been catching up on is movies and TV shows. I’ve got nothing else to do and at least with movies 90 minutes or so is sucked away in another world.

I sort of feel like the character in Catch-22 who does nothing in the belief that doing nothing makes life last longer.

Over the past few days, once I got sick of writing about stopping smoking – there’s only so many ways you can say I stopped smoking without sounding like a prat – I’ve struggled to come up with something to write about. I haven’t had a huge amount of luck. Unless I can come up with a creative way to discuss sitting on my arse watching TV it’s going to remain a struggle.

Going through my iPad today I came across a bunch of blog topics I jotted down while commuting. A lot of them are random but could be interesting, but what caught my eye today was the way I wrote the titles. They weren’t blog post ideas, they were copy writing. I know I was basically an under paid copy writer in my past life, but to see it so blunt in that note amused me.

If I was going to write about ageing gracefully in the gay community – and I guess I will one of these days – I gave it the title “I’m the Mary: Analysing sexuality, fitting in and the pressure to remain forever young in the gay community.” It was like I was writing it for a conference.

One of my biggest problems at the moment is terminal “I-Don’t-Know-What-To-Do-Itis“; a rare disease usually reserved for retiree’s with cats. I have all the time in the world at the moment, no money and a computer. There’s really nothing at home I can’t do. Yet I have no idea where to start.

I’ve not written in weeks. Not my fantasy idea, nor may gay romance novel. I made a mistake. I knew I wasn’t supposed to do it. I knew not to. But I did it anyway and now I’m slamming up against a wall on both books.

The problem. I showed what I’d done to other people. I don’t do that. Not because I’m afraid they’ll say “oh this is shit dude” but because I’m outright terrified of them saying “this is really cool have you got anymore?”

Once I hear the words “is there anymore of it” or as one random guy on a website said the other day about my romance novel “this story absolutely rocks dude, thanks for sharing it with us, I can’t wait for more” I tend to fall in a hole I can’t write my way out of.

I keep returning to some advice by Stephen King in On Writing. In the book he says he always writes his novels for 1 reader and 1 reader only. If others like it, that’s fantastic and he’s happy, but it’s 1 laugh, 1 gasp, 1 person he waits to hear back from. It’s just 1 person who has to like it for the publishers to get their grubby little paws on it. That person for Stephen King is his wife.

A gay romance about first loves, first heartaches and over all happily ever after. It’s the sort of story I want to read, the type of story I want to leave to those who will come behind me and allow them the opportunity to entertain themselves with some light hearted fun and entertainment. But as for that one voice, once set of eyes, I’ve got no idea who it is.

No one I know is going to sit down and read a romance novel. Well, except for my mother. By not having someone I know to write it for, I guess that leaves just me to write it for. I wonder if that works.

I guess tonights vaguely scattered post is more about forcing myself to write. I didn’t want to. I was lying on my bed in the suffocating heat and I didn’t want to do anything. Now I’ve written a blog. A scattered one of course, but a blog. Tomorrow I will write another one, and then I’ll work on Calden Cove and see how it all goes.

Tomorrow is another day and sooner or later I need to stop making excuses and take advantage of this unique and wonderful opportunity to write. Not many people get the chance to write around the clock without work interfering. I wish I had money, but it’s time to stop looking this gift-horse in the mouth.