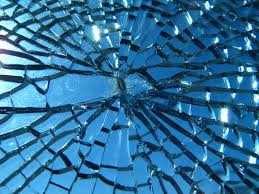 Some surprises are fun, like when you walk into a darkened room and everyone you know screams SURPRISE!!!! and you stand there trying to get your heart out of your throat and overcoming the urge to throttle the person who kept it a secret. Other surprises, like finding a Funnel Web Spider in your slippers, not so much fun.

On June 26th 2013 I went to work. Not a massive surprise. I’d been doing it day in, day out for just under two years. I couldn’t get a straight answer out of my boss, there were random snippets of conversations and snarky comments that made me think “what the hell is wrong in this place today.”

At 4:50 in the afternoon, my boss called me into the Boardroom and told me that he had made the decision to let me go, and do my job himself. I walked out of the office at 5:00pm. Unemployed but upbeat. Life is a box of chocolates they say, full of new surprises and a silver lining in the clouds opens when I another door closes.

Thursday I spent in idle luxury. I watched TV. I stared at the wall. Friday and the following weekend I played “retiree”. Dinner by 5, bed by 9 and even though I couldn’t find Wheel of Fortune on the telly anywhere, it was the life of a billionaire for me.

Monday I was bored. I updated the resume, I applied for some jobs. All of them I could do standing on my head naked in the corner, but that’s probably not a skill you want to highlight in a cover letter.

When I was hiring I kept thinking “Where are all the candidates.” Now I’m thinking “where’s the auto responder email saying we got your resume.”

Thursday it began, the slow, soul destroying trickle of “thank you for your enquiry, unfortunately … ”

Of all the things I feared about finding a new job, being out right rejected as “inexperienced” wasn’t something I thought would be a worry.

It appears, at 39, with years of senior management experience I’ve come up against the exact same problems I had at 16 with no experience at all, beyond working at Woolworths as a Check Out Chick. At 39, I’m not experienced enough for a job. There were a couple that told me I was too experienced – which too me is just code for too old – but mostly I didn’t have the skill set required to do the job I’ve been doing for the last 5 years. Anywhere.

Less than a month away from my 40th birthday I’m unemployable.

I know that sounds dramatic, but from a hiring perspective I hired a few people over 40 and found them to be a nightmare. They “knew it all” and couldn’t be trained. They wanted to be “paid” their worth, not the pittance companies pay fresh graduates.

I don’t know what the future holds for me. I do know at the moment I can sort of smell spring on the air and can’t help but wonder if there are some early jasmine flowers opening on the pool fence. I know I can clean my house like a diva and I know that my little short story is growing bigger than expected and is now looking like it will wrap up at around 85 to 90 thousand words.

I know I have zero income, and I know I’ve stood in this place before – it’s the 3rd time in 10 years I’ve been made redundant – and I know that someone out there will give me a shot sooner or later.

I’ve decided this week to be a bum. I’m not going to job hunt, or even try. I’m going to spend some time just simply being and see if I get a nudge from the universe.

I’ll take this week as a gift, see what I can figure out. See if there are any nudges and try to relax. I don’t do that well either 🙂 not after having worked 7 days a week for the past few years.