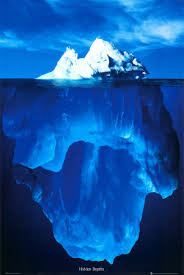 When I was younger, so much younger than today, I never understood the depth of character that came with shadows. Good and bad in both good guys and bad guys. No one character is a cardboard cut-out, at least not the ones that trap my mind in their stories. All characters are shaded. All characters have the seed of redemption and destruction, of good and of bad centred in their DNA.

I recently went on an internet excursion to the land of 1985. Back in the day when there was no internet, no smart technology, no distractions. Granted I was 12 back then, horrendously unpopular and in love with the idea of being the next Wilbur Smith, or Sidney Sheldon. It was easier to write when creative expression took more than 140 characters or less, and you couldn’t photo shop a picture of a sunrise with an inspirational quote and become a guru.

A few weeks ago I climbed on board the self-pity train. It’s a journey I do from time to time, usually when things are going too well. I pick on an area of my life I hate and ride that pony until it’s gasping for breath and I’m curled up in the foetal position watching re-runs of Scooby Doo. I’ve come to realise those express trains to self-pity ville are all my own doing. They’re my way of being still, of shutting down the screaming voice of my muse who begs for the opportunity to do something, anything that will involve words.

In my journey of self-pity, I stumbled onto something. As I was lying on the bed, feeling washed up and useless a voice asked me “What is the pay off to this behaviour?”

I’d never thought of it that way before. I was used to just giving in, allowing the journey to ride it’s course. I’d learned a long time ago not to fight the moods when they struck. To fight them was to make them worse. Just let it roll and you’ll come out the other side sooner or later. Logically I knew it was a load of nonsense but emotionally it was a whole different story.

What’s the pay off? No idea, but I have to admit there must be one. Usually the pay off was drowning myself in a vat of cheap wine. That’s not an option anymore. So what’s the deal?

Well, I honestly don’t know what the deal is. But I do know it’s a pattern and one I need to break free of.

During my self-imposed holiday in self-pity ville I started berating myself with an old standard. Why aren’t you writing anymore? You used to love it. You have a blog dedicated to creative recovery, yet you don’t really do much. Yes, you’ve written 2 short films in the last year. Yes that’s 2 more pieces of creativity than you’ve managed in the last 8 years, but they’re sitting on your hard drive, gathering cyber dust. Why are you so determined to relive this moment over and over again.

I got myself into such an empowered state that I did something I rarely do. I threw a challenge to the universe. Last time I did that I was unemployed and had a career history of working in one call centre after the other. I threw out the challenge that I was going to find a writing job, the very next job I saw, I was going to get. I read the advert and thought “oh you’re a prick”. The list of must-haves was huge; degree, journalism background, practicing legal certificate, marketing and copy writing experience. Needless to say, I didn’t have any of it.

I applied anyway and ended up in my first entry level position as a conference producer. 6 or so years later I’m General Manager of one of the countries fastest growing conference and events company’s. Not bad for a guy without a degree, legal practice experience or any major experience in management I guess.

So my challenge. I told the universe if it wanted me to be a writer it had to give me an idea I could do. One that would challenge me, that would inspire me and one that would have the power of intention behind it to see the project through to completion. If the Universe couldn’t do that it was to leave me alone and let me get on with making do.

A few days later, not even a week I had an idea. A nudge if you like. An auburn haired High Priestess standing on the tower of a temple, a city surrounding the Temple. Violent winds and waves crashing far below in an angry tempest. A smile and a hand, and that was it. I liked it. It was an emotive image. I went to bed.

The next day I wrote a little bit on the train. Nothing major, just wanting to get the basics on paper. I wrote for what seemed like ten minutes – turns out it was nearly an hour – and on the screen were bullet points, nothing much really, just a low level outline of a book. I left it be.

That was two weeks ago. Last Monday I sat on the train and I typed into my iPad without fear or favour. I wrote as the words came and for the first time in my life I had a series of bullet points for each of the three books in the trilogy.

Today, I sat and wrote a 1 page outline of the first book – Darkened North. I did it for a course I’ve enrolled in titled Introduction to Novel Writing. I have an idea. The Universe has accepted the challenge I threw in it’s teeth. Now it is holding me to it.

But what about going rouge, about characters of shadows and light. Well, you see the story as it has told itself to me is about just that. No one character is totally good, no one character totally evil. Each works to their own ends, all believing they are doing the right thing.

A handful of Gods, A couple of priestesses, a King, a Baby or three. All believe what they are doing is the right thing to save the world. The characters have come to me in such a way as to be almost fully formed.

I know the backstory, I know the future. I know where the characters are going and the motivations that drive them. Some act selflessly, while others selfishly, but beneath it all, all of the characters believe they are doing only what they have to do to secure their world and make it whole.

For the first time in my life, in all the storylines and plots and subplots that have come and gone, I finally have a whole idea. Entirely ready to go. There are misty bits, bits I’m yet to uncover, but the key structural points are there. Waiting to be told.

I guess the point to this is sometimes you have to acknowledge your own shadows, the play of light and dark in your soul before you can truly find a character or three worth spending the days and nights with.

I am excited by this idea. That hasn’t happened in a long time. I am not afraid of it either. That, has never happened before.