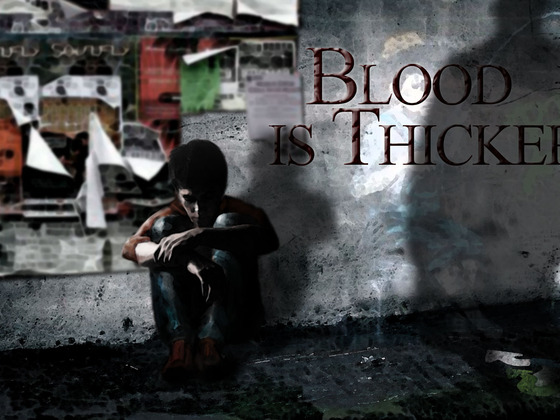 It’s been a while since I posted an Indie Spotlight Post. Real life work has gotten in the way of a lot of free blogging time lately. But I just came across Blood is Thicker on Twitter and having had a quick read of the background to the piece I thought it made an ideal re-start to the Indie Spotlight Posts.

When a man’s gay brother is murdered, all his beliefs are tested as his need for revenge sends him into a world he never knew existed.

Blood is Thicker is currently on Kickstarter, and looking to raise $7,000 towards the production costs of a trailer. As is usual for the Indie Spotlight post, I think the creator of the project can explain their goals much better than I can. Here’s what Jeff Austin, the films creator has to say:

Blood Is Thicker – The Story Behind The Story

Several years ago a very close friend of mine revealed that when he came out to his family, they made his life so miserable that he felt he had no choice but to run away. It was while he was on the streets, that he was so severely gay bashed that he still bears the scars on his face today.

I then came across an article in the LA Times about the thousands of homeless LGBT youth living on the streets of Los Angeles. They are referred to as the “Ghosts of Los Angeles” due to the fact they don’t look like the typical homeless people you see wandering the streets. Not completely ragged, they haven’t been out there long enough for you to notice. Nevertheless, they walk amongst us. Invisible. Doing whatever it takes to get by, including prostitution. It’s from these cold, ruthless streets that Blood Is Thicker was born.

Blood Is Thicker is a modern tale about Alex, a young man who struggles to overcome his guilt when his gay brother, who ran away years earlier, is brutally murdered and Alex’s need for vengeance propels him into a terrifying world he never knew existed, putting him and everyone he loves in danger.

Blood Is Thicker is a story about family, love and acceptance and the irrevocable dangers of living without it. After the rash of gay bullying and teen suicides publicized in the media these past couple of years, this story is even more critical. There are hundreds of thousands of LGBT youth who feel alone and vulnerable living on the streets. They are easy prey to the dangerous predators waiting to take advantage. No one deserves this fate.

Please read the article from the LA Times that served as the major catalyst of my inspiration.

This story is for them…

Blood Is Thicker – The Team

We are proud to have an illustrious team dedicated to making Blood Is Thicker. We all believe in this film and the message we are portraying. This is a dream project for all of us and hope you will come on board!

Blood Is Thicker – How You Can Help

Our goal is to start production in the summer/fall of 2013. The budget for our film is $500,000, so we need to generate interest from potential investors as creatively as possible. Therefore, we are seeking to raise $7,000 to allow us to create a powerful trailer that captures the danger of this theme and the need for this film to be made.

The good news is we can raise as much money as possible, even after our goal is met. However, if we don’t hit our goal we won’t receive any of it. So, your generosity it so important as every dollar counts and will go towards making the best film possible and much need support for the Jeff Griffiths Youth Center.

As incentives, we are offering numerous rewards at various donation levels to show our appreciation for your generosity. So, check out the cool things we are offering and donate today!

Thank you for all your generous support and encouragement. This will not happen without you. Please join all of us in making Blood Is Thicker a reality.”