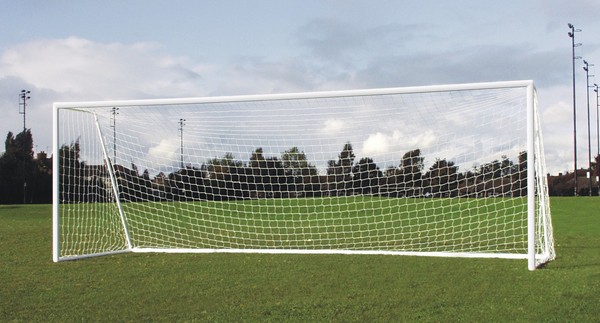 I’ve never been all that great at setting goals. Well, by saying that I set them all the time. It’s the accomplishing them I have a problem with. Setting them is never really a problem.

I just get a moments inspiration, grab a notepad and pen and start writing things down.

It’s once they’re written they become a problem. Bringing them from page to life so to speak. Sometimes I think it would be awesome to have a group of people I could hang out with, work towards goals with, so we could help each other to bring out the success of the goals most important to us.

A lot of my problem with achievements, goals etc, boils down to insecurity. I know myself well enough to be able to acknowledge that. Acknowledging the problem however doesn’t change it. What I’m really looking for is a way to change the process in my head to make the achieving of a goal as much a reality as breathing or coffee.

I had a very odd experience last night. I spent my Friday night watching mostly gay-themed short films on Youtube. There were one or two that weren’t gay themed, but dealt in a way with being different or not fitting in. For the most part the films I watched last night were really good. Some of them you could see had a crew and a budget, others looked like they were filmed in the writers apartment on $1.99 plus GST.

All of them had something in common, the theme of fitting in, or self acceptance or what have you.

I took a cigarette break at one point last night and was standing under my house in the cold and the dark and a memory I hadn’t thought of in years popped into my head. I’ve made mention before that school was a bitch. I was bullied daily from the age of 6 about being gay. I didn’t even no what a poofter was, but the older brother of a kid in my class did, and I still remember being in Kindergarten and coming home to mum asking her what a poofter was. I can still remember her face.

School for me are years best left unexplored. The memory now makes me angry, and twitchy. The adult knowledge of bullying and why it happens, along with the life lived in its overwhelmingly negative shadow drives me to distraction. Once when I was 20 I finally had the courage to face off against one of the worst of the bullies at the local train station. He was sitting there and sniggered as I walked past, whispered “faggot” at me as I was walking to a seat.

I stopped and turned around and asked him why. Asked him what he got out of those years of torment. He just looked at me and said “you deserved it, you were a fucking wimp, but I wouldn’t worry about it. I haven’t thought about you in years, not since you left school at lunch time one afternoon and never came back.”

Sidenote: I did walk out of school one day at lunch, walked back to the train station, got on the train, came home, announced to my parents I was never going back and that was that, I got a job at the local supermarket and pretty much the next 15 years of menial jobs began.

I was sort of floored by his response. I don’t know what I had expected. An apology, even a dismissal of “meh, it was just boys being boys”, but not “you deserved it because you were a wimp”.

No child deserves to be bullied. And no one deserves to live their life with a monkey on their back that taunts and haunts them long after they’ve been forgotten by the children who terrorised them.

Anyway, back to the point.

Having been the unwilling  focus point of years in the spotlight I equate it with torture. I’ve used that as a reason to sabotage everything. Someone in my current job, I’ve risen to the top. I don’t know how. It’s always been something I’ve run from.

Achieving a goal I set for myself is connected to that same sense of fear. It’s ridiculous and annoying, but it is there. I watched those films last night and I felt something give way. Almost like something broke. That memory was the final break if it makes any sense.

I hide only from myself. The people who made my life as a child and teenager so awful don’t think of it, ever. I rarely do think of it myself unless everything is going well, in which case it all roars to the surface with the power of a volcanic eruption and I find myself making the same decisions I’ve made for years, that all come down to the same outcome.

Recently I’ve been paying off my credit card. It’s a bugger of a job. But I had managed to pay off several thousand dollars and was feeling so proud of myself. I had a goal for that card being paying off. I was going to use it to finance a short film I wrote recently. The script has received some overwhelmingly positive feedback. I was proud of it. I saw it as an accomplishment.

I was nearing the point where I was going to set up a little production company to work on, to develop the idea and make it happen. A few weeks ago I began spending money again. Not on anything major, just little things. Somehow I’ve spent the card to beyond it’s limit again and I have nothing to show for it. Nothing at all.

Last night I realised the goal of financing that little short film had gotten too close to reality, so I did the only thing I knew how to do. I blew it. I wasted several thousand dollars on DVD’s, clothes, alcohol and god only knows what else. But now I didn’t need to worry about being too close to achieving what I set out to achieve.

I guess the point to this post is that sooner or later you can’t just jam down fear and hope it will bugger off. You have to face it. You have to acknowledge it and you have to do something to beat it. I’ve lived in fear. But it’s through my own thoughts now. I’ve been the worst bully I’ve ever faced. Sometimes you just have to take responsibility for your mistakes, stand up, dust off your trousers and start again.

I hope one day to write a post in this blog with a Youtube link to my own short film Young At Heart. I hope to write about the process of making that film and the trials and tribulations faced on the journey. And I hope when I do post that link, those of you who stick around during the making of it will watch it, and like it.